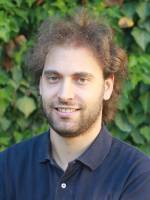 I have been using Linux on most of my computer since 2007. Before that I have been mostly using Windows. My first PC was MS/DOS + windows 3.11 on a 486 when I was a small.

I've worked 3 years as a full time Linux and Network Sysadmin. I've been managing Debian based Firewall/Gateway as well as other commercial Firewall and load balancer. I have experience with essential network services such as DNS, DHCP, Proxy (squid), NTP…

On my home network I run a Pfsense Router with multiple Vlan. Here is the hardware I use:

I recommend getting the pcengines board directly from the manufacturer shop if you're in Switzerland. It's an excellent low power board for running PCengine. Unless you need more than wires 3 network interfaces and/or need to route more than ~300mbs, it's great.

I also run a home-built storage server which runs FreeNAS. I make use of the ZFS filesystem functionality such as RAID and snapshots.

Check out FreeNas and Pfsense. Both are good open source project (which just happen to use BSD).

I've also been playing with Arduino.

I am interested in audio and building my some audio gear myself.

Squeezebox was originally created by slimdevices which was latter bought by logitech. While Logitech has stopped developing and supporting the product, there is still a community of people using it. And it's all open-source.

Beside some basic bash programming, I also have some python programming knowledge.

I am starting brewing my own beer at the Lab. For now I've been using the easy way by using beer kit.

Here are some projects I did or am working on during my free time.

I also do various things for the LAB / PostTenebrasLab: Netwok cabling, space improvement, bit of cleaning (unfortunately), helping with SysAdminm network and Wiki/website.

I am also using those as an excuse to start playing with the lab Oscilloscope.

Many more information about this project here: https://www.posttenebraslab.ch/status

Using the GPIO on the Raspberry Pi

I am now running my RPi as a dedicated Squeezebox player. I am using Squeezeslave and an external USB soundcard. I have a small 2x15w class D board from Sure electronic connected directly (no preamp). Works great for now ;)

Still in use in 2015. I am planning for some improvements…

Getting it to work with LCDd deamon

Try go get the TM1638 working on the Rpi. Waiting for it to arrive (ordered from Dx)