Building a simple version of Karl-Heinz Kübbeler's "AVR Transistortester". This is a potentially great tool to measure various stuff that can be found lying around… – and there is plenty! 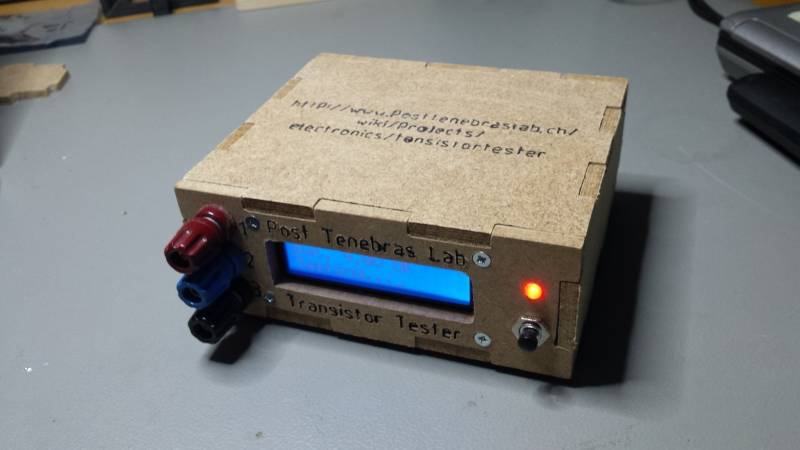 Connect a part (chose from resistors, capacitors, potentiometers, various transistors, LEDs, diodes, coils) to the device in the order of your choice. Press the button and it will tell you what you connected where. This is just great to get pinouts of these semiconductors. 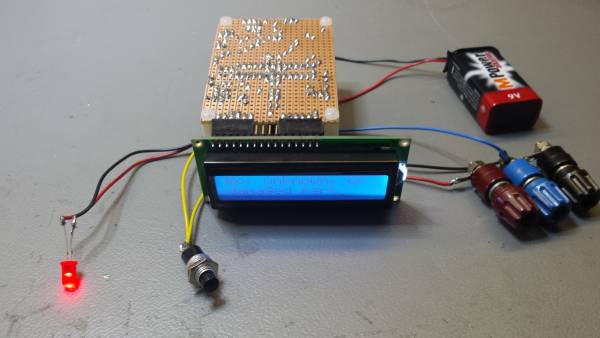 … the firmware is up and running (which took a while until all shorts were removed).

This is the case in LibreCAD: 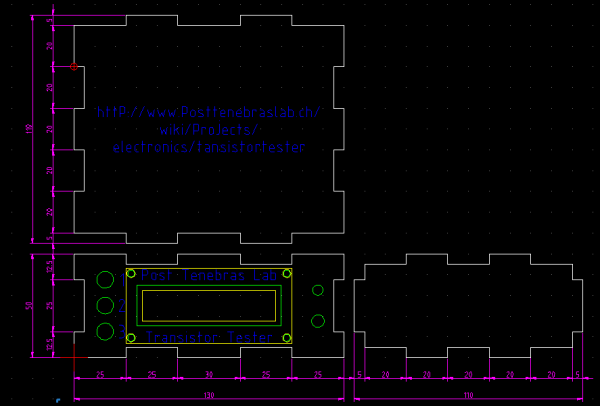 And here on the Badog CNC: 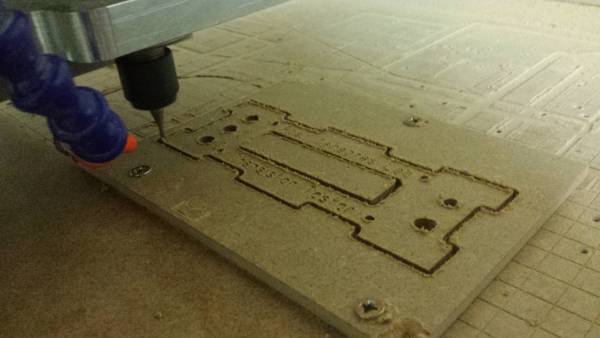 Unfortunately, I was not careful enough with the spacing between the bananas: 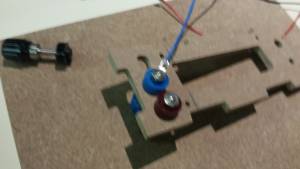 … but this could still be fixed by enlarging the holes…