This project aims at equipping PTL with a PCB mill for rapid in-house electronics prototyping. The particular goal is to establish a well-maintained, in-house PCB production workflow. The final goal is to be able to complete simple projects (schematic → tested board) within an evening and have a decent throughput (“a PCB a week”).

For a list of fabricated PCBs look at here PCB creation!

All parts are based on version c0c7732 (Hardware/CYCLONE_2) of the official repository. Not mentioning screws and other small stuff.

This comprises newer stepper drivers (in case we need higher currents) and a RAMPS. The latter is also used for the 40W Laser Cutter and goes in direction of unifying PTL CNC controls, but might require some work for height-probing. 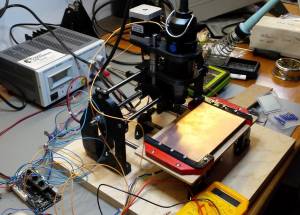 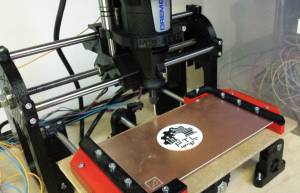 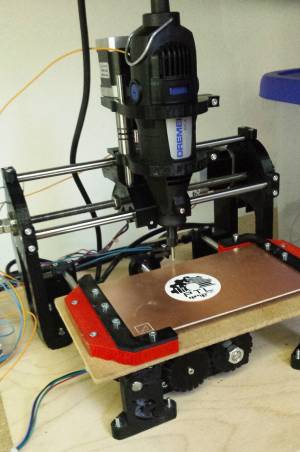